Critique - Blazinstaff Light my Fire JW. A very smart red and white dog who today looked like he was here for business. A well presented dog whose owner has taken the time to get this dog into first class condition and today it paid off. This dog has a quality about him that could take him to the top and emulate or surpass his litter brother. It was a pleasure to award him RCC. 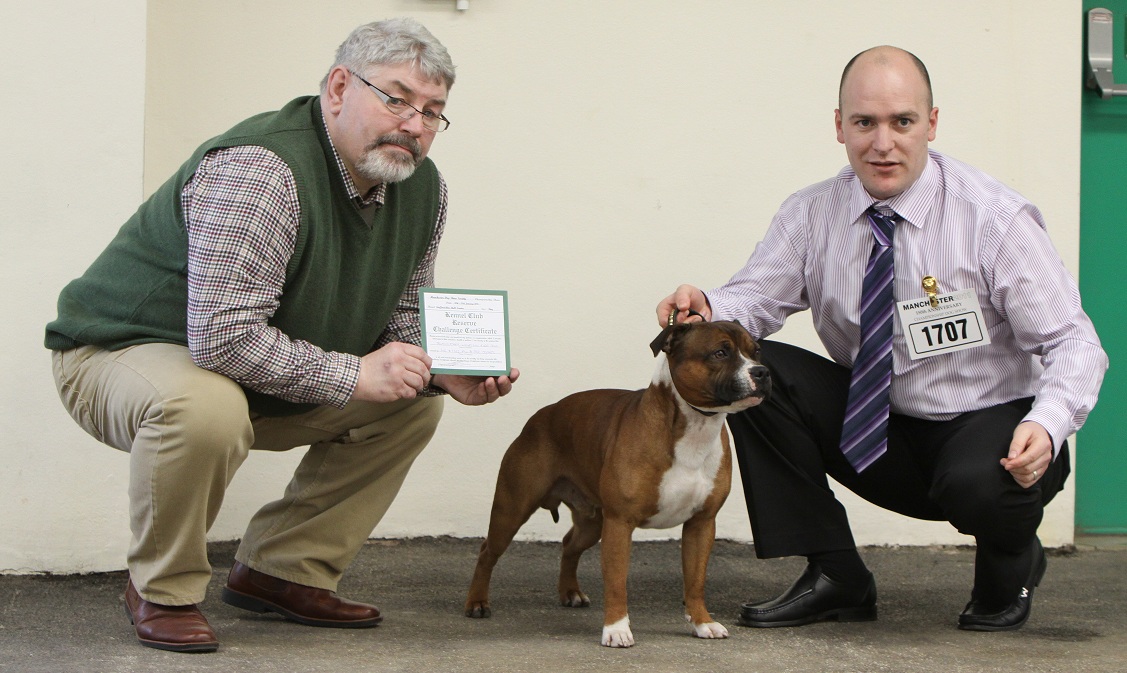 Critique -  A Red with white, strong headed dog with a good stop and correct dentition. He has a deep brisket and a well muscled and angulated rear. Well let down in the hocks and a level top line held when walking.

Moved well. In very good condition, which won him this class.

Critique - 1 Jones’ Blazinstaff Light My Fire, red with white markings, nice exhibit who fills the eye & fits the Standard well, has strength in well shaped & defined head, good front & well developed rearquarters, has the desired components to make up a sound free moving exhibit, in top physical condition, his animation in challenge was enough to win him the RCC.

Oops! This site has expired.

If you are the site owner, please renew your premium subscription or contact support.